COLLABORATIVE MEETING HELD BETWEEN UTAS-SALALAH AND NATIONAL BANK OF OMAN 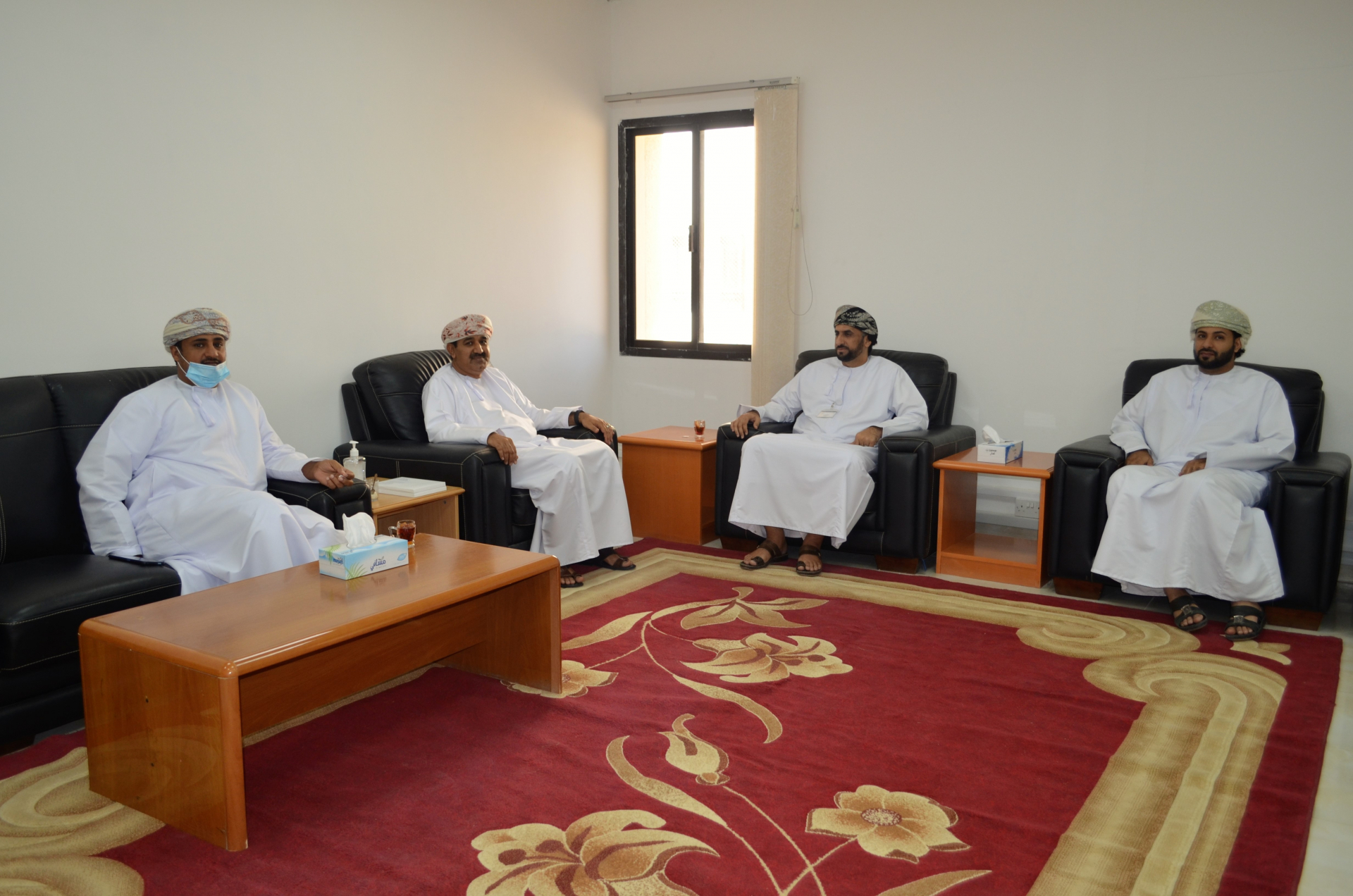 Carrying out the University’s commitment to strengthen its relationship with the private sectors, a collaborative meeting was held between the University of Technology and Applied Sciences-Salalah and the National Bank of Oman (NBO) on January 12 th , 2022. The College Dean, Dr Mohammed Rashid Al-Mamari welcomed the management delegation of NBO headed by Mr Mohammed Al-Balushi, the bank’s General Manager in the Dhofar Region.

Focus of the meeting was on the subject of mutual collaboration between UTAS-Salalah and NBO including how the latter can be of support to the University’s student activities and projects.

A series of future meetings are planned to be held between UTAS-Salalah and the different private sectors in pledge of one of the University’s goal, that is, to build on its relationship with the industry and its stakeholders.

Read 587 times Last modified on Sunday, 30 January 2022 09:05
Tweet
Published in University News
More in this category: « STUDENTS RECEIVED RECOGNITION FROM THE COLLEGE DEAN OMAN CHAMBER OF COMMERCE AND INDUSTRY VISITED UTAS-SALALAH FOR A COLLABORATIVE MEETING »
back to top