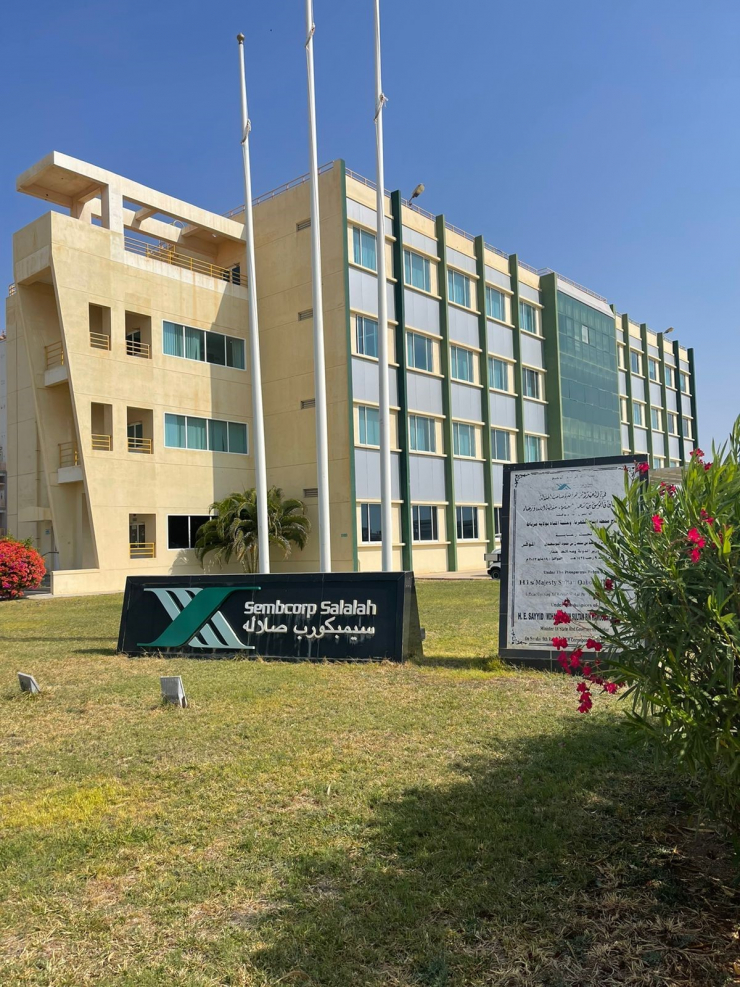 The students of chemical engineering visited Sembcorp on December 13th, 2021 gain more knowledge regarding the desalination process and observe the operation, process control monitoring, and laboratory testing facilities of the plant. The plant, which has a contracted capacity of 445 megawatts and a contracted water capacity of 15 MIGD (million imperial gallons per day) for reverse osmosis, has been in full commercial operation since May 2012.

The group of students who visited the company designed a plant that has a capacity of 240,000 metric tons per day and 20 million gallons per day of drinking water that is technically viable, acceptable, and cost-effective. The design process studies the system of reverse osmosis as it is the most effective treatment for drinking water. During the khareef seasons, the demand for potable and drinking water in the Dhofar region increases due to the influx of tourists and the region's rapid industrialization. The design project is the chemical engineering program's final project course, intended to build on and consolidate knowledge gained in previous courses.