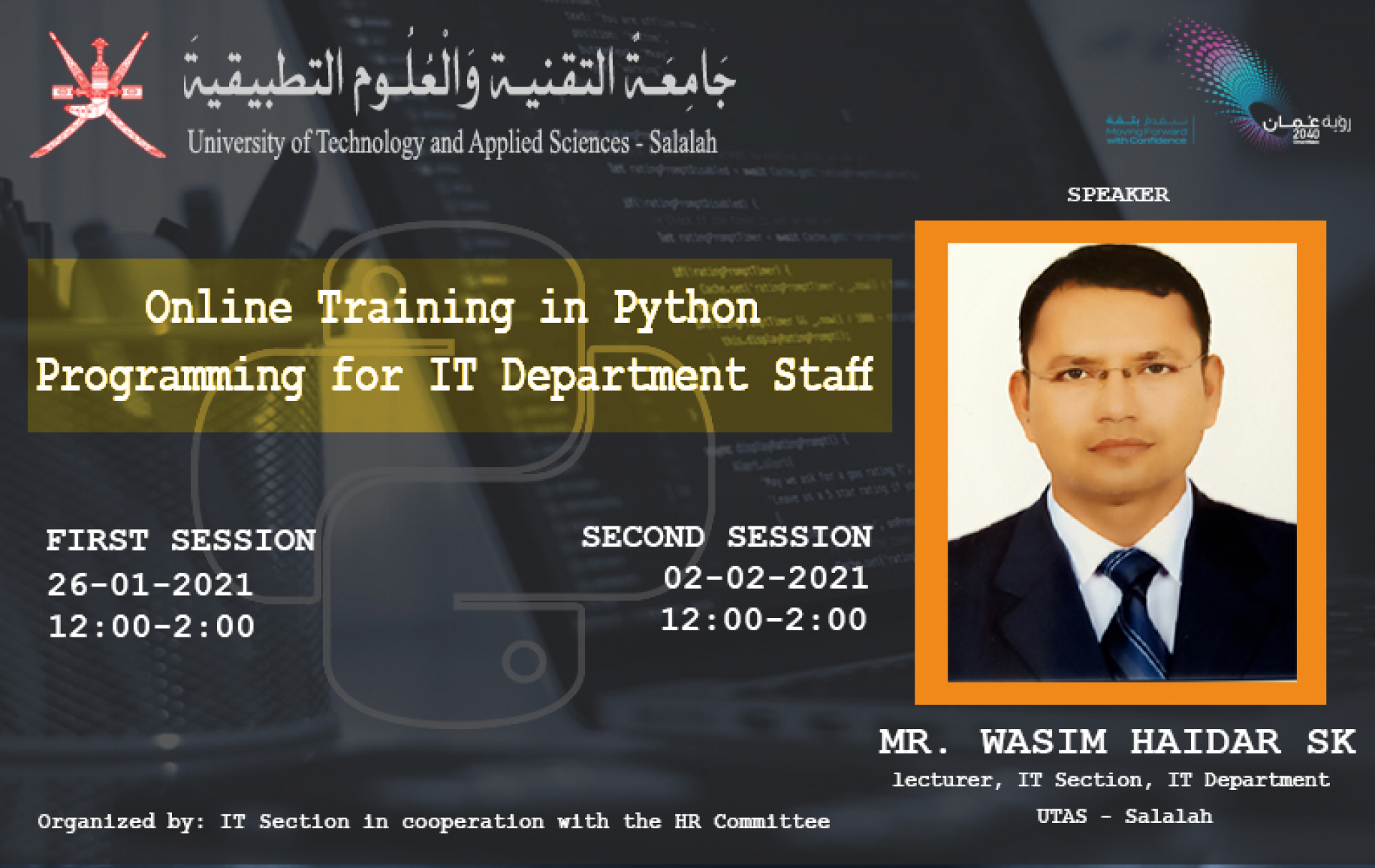 The Information Technology section of the IT Department of UTAS-Salalah conducted online workshops in Python Programming last 26th of January and 2nd of February 2021 in response to the request and needs of the IT department for expertise in Python programming. The workshop aimed to prepare staff to teach Programming I and Programming II courses that were newly introduced in the IT curriculum. One of the renounced lecturers in programming in the university, Mr. Wasim Haidar SK, was the speaker of the workshop. He demonstrated practical applications of the programming theories and concepts using Python as the programming language. He covered the fundamentals of python programming, data types, variables, decision control structures, loops, and advanced topics on strings, lists, and tuples. Practical explanation and coding was done using Jupyter Notebook. The workshop was well participated by 41 staff of the department who have been wishing to learn Python programming. The workshop concluded in the second session with the collection of training feedback and eCertificate distribution.

The two-day workshop was led by Mr. Zahid Mahmood under the supervision of the head of the section, Dr. Mohammed Al Mahri, and the head of the department Dr. Fatma Al-Shanfari, in coordination with the HR Committee.

View the embedded image gallery online at:
https://www.sct.edu.om/home/index.php/component/k2/item/378#sigProId3c5ca1cb63
More in this category: « Webinar on “Innovation and Sustainability in Teaching and Learning”, on 18th January, 2021 UTAS-Salalah and PACA Salalah conducted a collaborative five days’ online workshops on “Basic Linux Administrator” »
back to top